Skip to content
You are here
Home > How to be Successful! 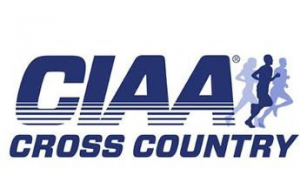 The meet is free and open to the public. The men’s 8-kilometer race will begin at 10 a.m. with the women’s 5K following at 11 a.m.

Franck Charles of Virginia Union will look to improve from his fourth place finish (26:21.94) last year. He ran a season best 26:13 8K on September 25th in the VSU Cross Country Meet. Teammate Luis Nieves runs a comfortable pace behind Charles with a season best of 27:20.3. Virginia Union currently has the top four runners at the 8K distance with Arthur Casey and DeAndre Horton running a 27:31, on September 25th. Be on the lookout for the Panthers to defend their 2014 title; but the challenge could come from anybody.

The women’s 5K title will be up for grabs. The reigning Lincoln Lions return two runners from last season. Winston-Salem State has performed through this season with the most consistency. Five Lady Rams have run below 21:19.1. Domtilla Kiplagat has the conference’s second best performance with a 9:24.24.9 5K at the 32nd Annual Greensboro XC Invitational.

Kiplagat will battle for the individual crown against Virginia Union’s Daniaria Brice, who turned in an 18:59.84 at the Panther Classic. Doreen Richardson, of Fayetteville State, will also be in the hunt with a 20 minute performance at the Francis Marion Invitational. Fellan Ferguson, of Johnson C. Smith, and Danisha Wiggins, of WSSU, could potentially round out the top five runners in the championship race.

Following the meet, complete results and coverage can be found at www.theciaa.com.